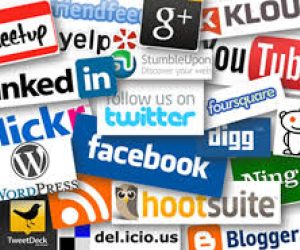 Marketing is a discipline driven by precision and scientific research since many decades. When social media boomed in 2007-2009 and became “The place to be”, in the same way internet did in the late nineties,  global economy crashed at the same time, Advertising Agencies around the world saw an opportunity to grab a new business area when advertising plunged dramatically. Free distribution suddenly. Let clients invest in content and channel management, and continue with Business as Usual.

But the traditional marketing tools didn’t really work. Clients wanted their content fly and customers to share. The surgery precision tools were brought to the table and were named “Listening” and “Engage”. This method is still used widely and correctly. But the conclusions are often misleading. Without elementary understanding of Public Relations, with the emphasis on Relations, there won’t be any Viral effect nor audience engagement, since the core reason for people to use Social Media is relations. Social Media is great for building relations with users, fans, costumers and peers, but not for traditionally pushed Advertising. You can of course outspend completion with paid seeding, but that is a very costly exercise and you have to ask yourself: Was it worth the money? Did we reach the desired outcome?

Amsterdam based PR consultant Brant Emery wrote an insightful article two years ago focusing on the misleading conclusions Advertisers often do when they bring the Social Media patient to the operating table. Read article