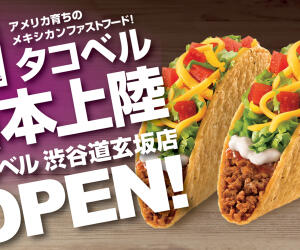 There is is something scary about translating your copy to a langauage you don't understand. Fingers crossed and you just have to trust the translater, right. Perhaps you need to do better than that when entering a new market.

For Taco Bell entering Japan, the translation of some product names to Japanese turned out to change the meaning slightly. The "Crunchwrap Court Beef" instead became the "Supreme Court Beef". And you might think this would be enough trouble already in a premiere campaign. But "cheesy chips" were translated to "yasuppoi chips", which in Japanese means something of poor quality or really cheap. Yes, twitter was flooded with jokes and laughs and the Taco Bell website had to be closed down and adjusted. Lucky they were not making a bilboard campaign.

Read the full article in Campaign, listing the five worst PR crisis moments in Asia in 2015